A brownout is a short-term reduction of voltage within an area’s major electrical supply system. The term “brownout” comes from the way your home’s lights may dim when the voltage reduction occurs. Sometimes, brownouts are scheduled by your energy service provider to lower electrical loads during heavy use or to avoid an emergency overload. Brownouts last minutes or a few hours. 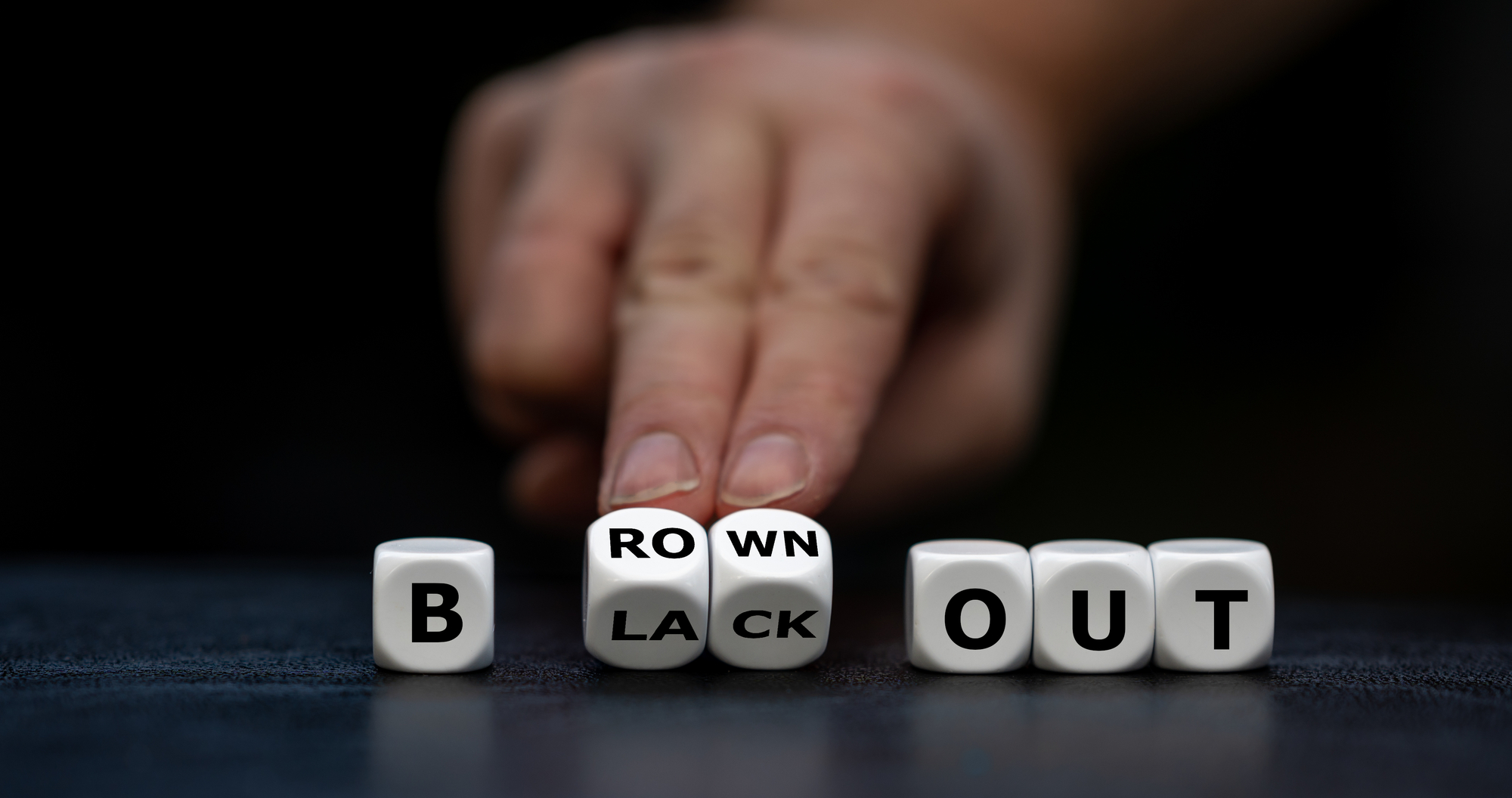 Blackouts are not power reductions. They are complete losses of power in one or more communities. They usually occur because of extreme weather or an energy supplier’s equipment failure. Blackouts can also be used to better manage energy consumption, but most are unplanned.

In 2003, more than 50 million people suffered the largest North American blackout in history. Ontario, Canada and Connecticut, Michigan, New Jersey, New York, Ohio, Pennsylvania, and Vermont in the northeast U.S. lost power on a hot, humid August day. When stoplights quit working in New York City, the traffic gridlocks were like never before. The NY subway stopped, literally, in its tracks.

New Zealand’s 66-day brownout was caused by one, small cable failure. The increased demand for electricity from that failure then caused a domino effect. One by one, areas began having power interruptions.

Which Is Worse? Brownout vs. Blackout

Many say brownouts are worse than blackouts. The difference is that a brownout supplies your home with shut-downs, slow-downs, or dangerously increased power surges. A blackout’s total shutdown is actually better for your home appliances and electronics.

Several critical home electronics are more vulnerable to a brownout’s temporary power interruption or surges than others:

Surge protection devices (SPDs) are designed to protect your home from brownouts and blackout damage. Other protective electrical upgrades can include:

In 2022, Arizona power companies alerted property owners that blackouts could be the wave of the future. Some of the factors cited by the utility companies were:

One of the most popular solutions in the Valley has been whole-house surge protection. These SPDs provide point-of-protection at every wall outlet as well as the main panel. Your home averages more than $15,000 worth of appliances and equipment that need protection from power surges. An electrical upgrade that includes surge suppression is well worth the investment.

If you’d like to learn more about ways to defend your home against brownouts and blackouts, contact Turn It On Electric.